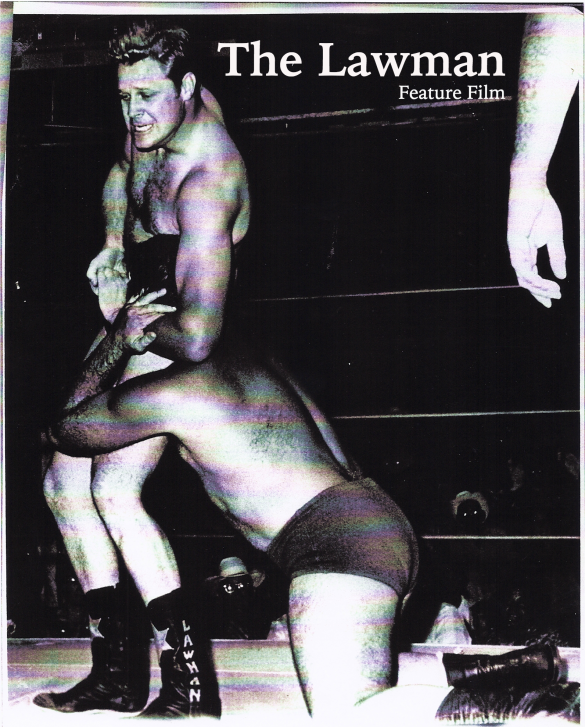 Evil Forces to Become a

Don Slatton chased fame and fortune – plus bad guys and bond jumpers – during his life as “The Lawman”.

It’s a true story of a real action-hero who jumps into the wrestling ring with guns ablazin’! But behind it all is a man with a strict moral code – a Sunday School teacher, the consummate family man, who always fights for the Good Side in the most rough and tumble style imagineable!

The Lawman’s life will make a great film:

Abilene Police Officer Don “The Lawman” Slatton jumps into the spotlight when he arrests notorious con (and friend of LBJ) Billie Sol Estes.

Ultimately, being a straight cop in an often-crooked system doesn’t suit Slatton, although his heart shines bright on many occasions, including the time he marries a black couple he found having sex in their car, which is illegal if you’re not married.

The Lawman is becoming a popular wrestler, so he drops the badge in order to become a star on the wrestling circuit, a gun-shootin’ good guy.

The evil characters he faces in the ring, and in real life, sometimes appear in an intermittent fantasy – an Old West town where The Lawman is the Sheriff.

As a wrestler he battles behemoths and even bears, in televised matches all over the US and Canada. He becomes not only a good guy in the ring, but also outside the ring, always looking out for his fellow citizen, as evidenced by his shutting down of a Hell’s Angels motorcycle gang that is harassing motorists, with the help of two other wrestlers.

As a regional promoter he battles national wrestling interests who strong arm and threaten him. They ultimately eliminate regional wrestling, although The Lawman does not go down without a fight.

At age 40, beaten up by 7,000 matches and approximately 1,000 concussions, and having lost his southern wrestling “region”, The Lawman is unsure of his next move. He has nothing to fall back on and he laments his lack of a formal education. He leans greatly on the love and support he receives from Sylvia and Donna.

Out of the blue, an officer he knew 20 years earlier approaches The Lawman about partnering in a somewhat new business: Bail Bonds. After acquiring license 001 for his county, The Lawman flourishes as a bounty hunter, often pushing himself to the limit, chasing down men more than half his age. The hilarious Tale of Norman Glaze accentuates The Lawman’s amazing perseverance.

Hollywood also beckons, as The Lawman appears in a few films.  He chooses to remain in Texas to do good and spread his positive message to those in trouble – even giving out bibles to those getting out of jail – because he believes “everyone deserves a shot at redemption.”

He reflects on the life of Billie Sol Estes, and how Billie Sol surely would have fled the country had they not met, avoiding two prison terms. He’s proud of his solid contributions to humanity – fighting evil people with honor, providing high-energy entertainment, always embodying his “good guy” image, and becoming a real-life action hero with real actions to back it up.

His “home-town hero” status is elevated when Abilene heavily recruits him to be Sheriff. He contemplates the appreciation he is receiving, which is overwhelming, but after having had enough scrapes as a cop/wrestler/bounty hunter to last a few lifetimes, he turns down the request and rides off into the sunset. 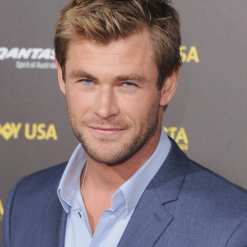 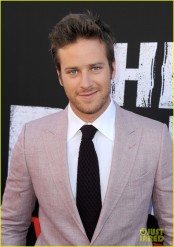 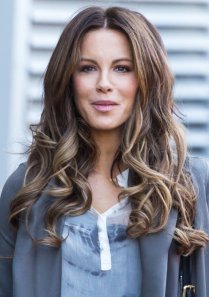 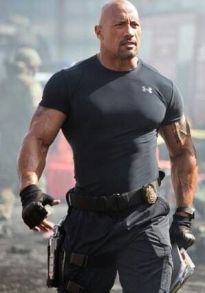 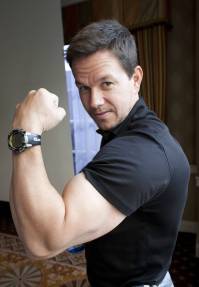 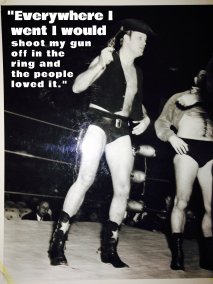 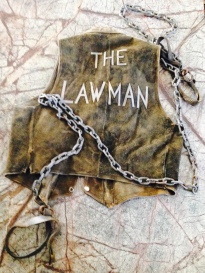 The Lawman will be shot mostly on location in Texas and Louisiana.

Sylvia Slatton – Married to The Lawman for 55 years – Strong will and spirit; traveled often with her husband to wrestling matches, stuck by her husband’s side through some very trying times.

Donna Slatton – Daughter of The Lawman – As Slatton’s only child she formed a very strong bond with her father; she grew up in a  “Truman Show” environment with cameras around often. She loved attending her father’s matches, and traveling to different venues with her parents.

Andre the Giant – Wrestled The Lawman many times, became good friends with the Lawman, stayed with the Slattons whenever he was in town.

Norman Glaze – Bond jumper who evaded The Lawman longer than anyone

Vic The Bear – Fought The Lawman

Billie Sol Estes – Arrested by The Lawman, biggest crook of his day, tied to many murders

The Life and Times of The Lawman

The Lawman was not only a flashy wrestler who shot his gun during matches, he was also a real lawman – an Abilene cop – who arrested America’s most-publicized criminal in 1962.

The arrest of Billie Sol Estes thrust Slatton into a Texas-style “Truman Show” that lasted over four decades, and while The Lawman’s encounter with Billie Sol was brief, his time in the spotlight was not. 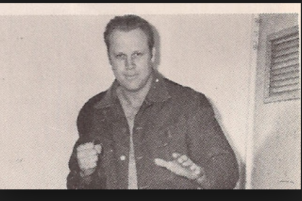 The Lawman’s life sounds like a collection of amazing stories that could only be found in the movies, except they’re all true; his tales as a Boxer, Army Private, Police Officer, Wrestler, Wrestling Promoter, Movie Actor, Bail Bondsman, Bounty Hunter, etc.

The strapping 6-5 blonde and bulky wrestler – who never drank or smoke – always played the good guy inside and outside the ring. His daughter Donna and his wife Sylvia (married 55 years) fully enjoyed his warmth and kindness, and this poor preacher’s kid from a West Texas peanut farm extended that kindness to his Sunday school students, the homeless, and just about everyone he met.

“Everyone has a good side if you can just dig it out, and every person deserves a shot at redemption.”   – The Lawman

For the man who wrestled Andre The Giant, Hulk Hogan, Harley Race and Cyclone Negro (his toughest opponent outside of Victor the Bear — Yes, a Bear!), it was a wild and whimsical journey of 7,000 plus matches and over 1,000 concussions.

As one reporter claimed: His life was “filled with stories too funny to be untrue.”

FUNNY FEEL-GOOD Film Scene – While driving home from a match he and two other wrestlers quashed a Hell’s Angels motorcycle gang that was harassing motorists on the highway. He made them pull over and cowher in front of all the motorists they’d been harassing, kicking over their motorcycles, their pride, etc.

POIGNANT HEARTWARMING Film Scene – While patrolling his normal beat in the black part of Abilene, he found two unmarried black people having sex in their car, which is illegal. Instead of arresting them, he married them and went on his way.

“I did this a couple of more times while I was on the force.  Who knows, these may be the three best marriages in Abilene.”  – The Lawman

ULTIMATE BAD ASS Film Scene – He once chased a 20-something bond jumper down a concrete river overspill and caught him. The Lawman was in his early 60’s!

ULTIMATE FISH STORY Film Scene – One time during college he and some friends decided to go “fishing” by throwing dynamite into a lake.

“The whole world looked like it had erupted.  A huge water spout shot high in the air and the blast shook our teeth.  You could hear the blast for forty miles.  After a few seconds and things had settled down, five or six little white shad fish came to the surface. That was all.”  –  The Lawman

FUNNY HUNTING STORY – The Lawman once propped up a dead elk and took a fellow wrestler “hunting.” His friend fired many bullets into the deer from a distance, then moved closer and shot a few more and a few more until he was finally ten feet away, when he looked back at The Lawman and saw him rolling on the ground laughing hysterically. It was the same man who shot a decoy duck off of the Lawman’s truck a few months earlier.

FUNNY HOSPITAL STORY – He once snuck out of a hospital bed to go wrestle, then snuck back into the bed afterwards, all bloodied and bruised, ready for nose and elbow surgery the next morning.

As a wrestling promoter, who hauled his own makeshift boxing ring to different venues, The Lawman battled national wrestling interests in the 80’s and watched America’s regional wrestling of the 60’s and 70’s get swallowed up, basically forcing The Lawman into the Bail Bond business. Slatton always wanted to protect Wrestling’s integrity, and was willing to fight anyone who criticized it.

The Lawman was the only wrestler who regularly shot a gun in the ring, and a real cop almost shot him by accident during a match, not realizing the gun was a prop. The Lawman traveled all over the United States and in Canada, where he got stopped at the border for bringing in a firearm but they let him cross after they recognized The Lawman and the gun’s purpose.

As a police officer he mainly patrolled the segregated side of town, and treated every person with respect, not a common practice at the time. He was well-known as a wrestler, and that gave him “street cred.”

Once he arrested two black men with no back up, and surrounded by a hundred people or more, he tried deputizing a black man that he knew, but the man refused for fear of the repercussions to him. The Lawman somehow survived without his help, and was able to keep the situation under control.

PERFECT ENDING TO A PRANK – His coworkers at SOS Bail Bonds once wrote him a fake letter from a bond jumper, taunting the Lawman, who may have given up had it not been for that letter. When he caught Norman Glaze and mentioned the letter, Glaze proclaimed, “I never wrote a letter! I never wrote a letter!”

The Lawman was in a few films, most notably “Silkwood”, Sylvester Stallone’s “Paradise Alley” and “The Big Brawl” – Jackie Chan’s breakout U.S. release.

He had an opportunity to move his family to Hollywood, but his commitment to the Abilene community made it an easy decision to stay. He often refrained from long road trips while wrestling just so he could stay close to his family. Donna admits there could not have been a stronger bond between father and daughter, that she was the ultimate “Daddy’s Girl.”

The Lawman played basketball against Elgin Baylor, hung out with his idol Joe Louis (who refereed – and participated – in wrestling matches), got to know Sam Sheppard, and was once crowned “King of the Ring” while boxing Golden Gloves.

While in the army, Slatton got favored due to his boxing prowess, like the demotion of his own Sergeant and getting out of active duty. He also witnessed a horrific plane crash that killed all the soldiers on board, soldiers that were flying home for Christmas after returning from the Korean War.

When he arrested Billie Sol Estes, and then Jack Ruby a few months later, The Lawman had encountered two men with direct connections to the assassination of JFK.